Home > How To > What is the difference between LCD screen and OLED screen?

What is the difference between LCD screen and OLED screen?

Screen is a key factor that we usually take into account when buying a smartphone. As the screen is not only the most power-consuming part of the mobile phone, but also determines the display effect of the mobile phone. Nowadays, most of smartphones adopt OLED screen instead of LCD screen. What is the difference between LCD screen and OLED screen? The OLED screens from different manufactures will be same? Let's find out.

The basic knowledge of OLED and LCD

Here, we will not specifically introduce the technical principle of LCD and OLED. You just need to remember that LCD (Liquid Crystal Display) is achieved by the emitting light of Liquid Crystal, while the OLED (Organic Light - Emitting Diode) can emit light once it is electrified.

So the main difference is that the LCD needs to use a backlight to illuminate the screen, while OLED can produce light by itself.

Compared with LCD display, OLED don’t need external light, so it can reduce the number of  CCFL backlight module, and also the TFT glass, C/F glass and a set of 0 polaroid. Thanks to these features, the structure of OLED display is more simple, light, and power-saving.

However, not all OLED displays are perfect. Like the LCD which has 3 panel types: TN, VA, IPS, the OLED also has 2 types: AM active type and PM passive type. Even though the AMOLED plays a dominant role in the market, but the AMOLED display effect still varies from manufactures to manufactures.

Why the AMOLED has different display effect?

The P array of AMOLED:  the struggle between display effects and lifespan. When it comes to the downsides of AMOLED, the first thing that comes to mind is the P array, namely the Pentile array. Samsung was the first company to massively produce OLED panels and to use P array. The Galaxy S4 first use the P array called Diamond Pixel, which head down a different path with the standard RGB alignment.

Simply speaking, RGB type equally arranges the sub-pixels of the three original color of red, green and blue, while the sub-pixels of RGB will not be equally arranged in P array, and it shares the pixels, so the actual pixel density of P array is lower than that of RGB. Which leads to the fact that even with the same resolution, P array are not as clear as RGB, so it is often called "big fruit variant screen".

Why does OLED adopt P array?

This question has long been debated. The benefit of the P array is that it can reduce cost, power consumption. A lot of people think that Samsung first use P array because it want to save money, but opinion is obviously unfair for Samsung. P array is a compromise solution under the existing technology. As the lifespan and light efficiency of the three RGB materials are inconsistent, while the P array can make them as consistent as possible.

However, the P array isn't set in stone. Samsung used the Diamond Pixel on the Galaxy S4, and a year later, the Galaxy S5 used an improved Diamond alignment, which is still in use today. Last year, Samsung began to supply OLED panels for Apple's iPhone X, but the P array on the iPhone X is different from that of the Samsung, so their display effect is also different.

So the P array of OLED has its advantages and disadvantages, and it mainly has an influence on the display effect. Although we can’t solve this problem via changing materials, we can improve the screen resolution. Yes, that’s what Samsung does. From Galaxy S6 to now, Samsung has been using 2K resolution OLED panels. The resolution of Galaxy S9 / S9+ / Note 9 is 500+ PPI, and it up to 570 PPI on S9. The resolution on the iPhone XS and iPhone XS Max is 458 PPI, which keeps the level since the iPhone X.

Compared with the LCD display, OLED display has obvious technical advantages. It is an inevitable trend for smartphone manufacturers tends to use OLED screen. Statistics show that nearly 200 million smartphones with AMOLED panels were shipped worldwide in the first half of 2018, it accounts for 21% of the global smartphone market. The OLED screen is more in line with the development of smartphones, more and more OLED phones will come.

Prev article:Airplay Miracast DLNA: What’s the difference between them?

Next article:How to choose an electric toothbrush? 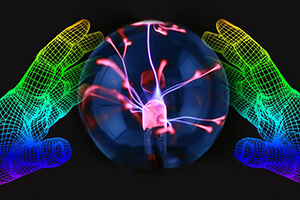