Home > Tech News > Huawei's inventory of highlight moments in the past 19 years: a number of blockbuster products, shipping 240 million units

Huawei's inventory of highlight moments in the past 19 years: a number of blockbuster products, shipping 240 million units

In addition to record smartphone sales, Huawei is also doing well in smart accessories.For example, Huawei shipped more than 1 million FreeBus 3 headphones in the first month, and Huawei VR CLass sold more than 10,000 units on the first day.In addition, Huawei's terminal cloud service has 400 million monthly active users, with Huawei users in more than 170 countries and regions around the world.

Huawei mobile phone can do so well in 2019, in the final analysis, it is still an excellent product, which has been loved and sought after by users. Now, let's take an inventory of Huawei's highlight moment in 2019.

Huawei officially launched its long-rumored folding screen phone, the HUAWEI Mate X, at its launch event in Barcelona, which just ended on the evening of February 24, Beijing time.

The idea of folding screen is to solve such contradictions among users, but because it involves more complex screen technology and even industrial manufacturing problems, this kind of folding screen has been in the experimental stage in the past. Now, such mobile phones are about to enter our lives and become a reality.

The HUAWEI Mate X is designed with a four-layer structure, the top layer is a screen protection layer of polymer material, the second layer is a flexible flexible screen, the third layer is a soft glue support sheet, and the bottom layer is a rotating shaft. The key to the design of the rotating shaft is a comprehensive problem that integrates many disciplines, such as mathematics, physics, material science, industrial design and so on. In the end, Huawei achieved a 180-degree free folding of 0Mel, which Huawei called eagle wing folding.

At 21:00 in the evening, Huawei officially unveiled its P30 series at a new product launch in Paris. The new model follows the Qilin 980 processor and inherits the P-series photo gene, making it Huawei's flagship mobile phone masterpiece in the first half of this year.

The back of the fuselage adopts a gradual design, providing five colors of sky, aurora, bright black, red tea orange and pearl Fritillaria to choose from. Double-sided glass and fewer design elements make the fuselage more concise and unified, which is more fashionable compared with the business sense of Mate 20 series. The top infrared emitter is still standard, and the P30 Pro also continues the IP68-level dustproof and waterproof function, while the P30 is IP53-level, providing a more durable experience.

Huawei nova5, launched the Kirin 810 processor, which is also based on the 7nm process, making Huawei the first mobile phone brand in the world to have two 7nm SoC chips at the same time.

Kirin 810 also adopts the Cortex-A76 architecture, which is composed of two high-performance large cores of the main frequency 2.27GHz and 6 high-performance small cores of the main frequency 1.88GHz. Compared with the current mainstream mid-range processors, the Kirin 810 processor based on 7nm process will not only improve performance, but also bring a more power-saving experience. GPU has a built-in Mali G52 graphics core.

The highlight is that the Kirin 810 is equipped with Huawei's self-developed NPU, based on Leonardo da Vinci architecture, which is more energy-efficient, and the AI computing power surpasses the current mainstream flagship processors.

Huawei's 2019 Global developer Conference was officially held at Songshan Lake Base in Dongguan from August 9 to 11. At the developer conference, Dr. Wang Chenglu, president of Huawei Consumer BG Software Department, took the stage and announced the official release of the EMUI10 system. 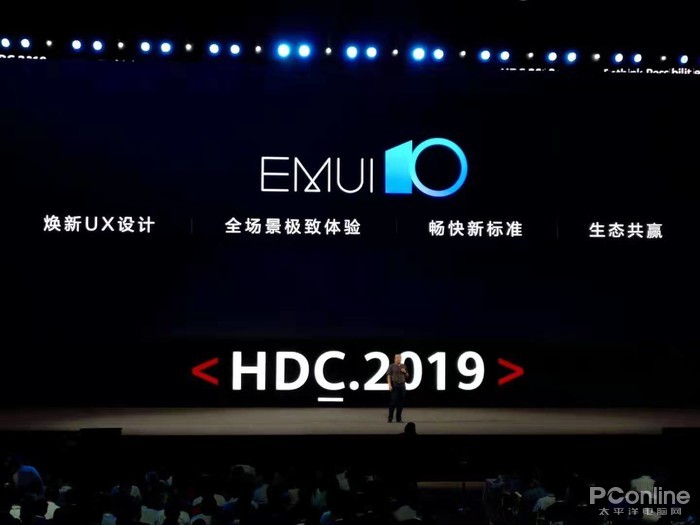 EMUI10 has been adhering to the aesthetic concept of simplicity and elegance in UX design, the new colorful AOD screen display, the re-evolution of the magazine lock screen, and the introduction of 6 colors in Morandi style, the icon is improving, and the overall design feeling is aimed at creating a harmonious and natural personality style. In addition, dark mode is added, which is of great help in night reading and has a certain degree of protection for eye protection.

EMUI10 can connect freely on mobile phones and other hardware devices. By realizing the cooperation between PC and mobile phone, data can flow seamlessly between devices. In addition, the smart car function of EMUI10 can be used to connect the mobile phone and the car, and you can enjoy the application service of the mobile phone on the car screen; you can also use the mobile phone to check the status of the car in real time. 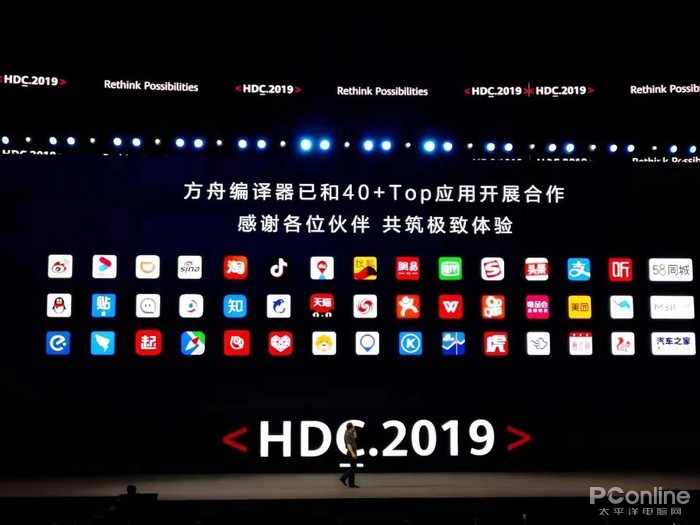 In addition, the industry's first multilingual joint optimization compiler "Ark Compiler" means that different language codes are compiled into a set of executable files in the development environment and executed efficiently in the running environment, thus greatly improving the efficiency of the application. In the memory recovery mechanism, the Ark compiler is different from the existing Android, there is no need to pause the application when recycling, which also shows that the Ark compiler has a more efficient memory recovery mechanism. At present, the Ark Compiler has cooperated with 40 + applications to bring users a good application experience.

Huawei Mate30 Pro is equipped with a 6.53 inch 88 °hypersurface OLED annular screen with a resolution of 1176x2400 and supports HDR display, with only 4.2mm on the top frame.

The two-sided hypersurface design brings higher screen share to Huawei Mate30 Pro. The volume key on the side of the fuselage is changed to a touch-type design, double-click and exhale, which still retains the iconic red power key. The bangs at the top of Huawei's Mate30 Pro have also shrunk further, while integrating a 3D deep-seated camera and a 32 million-pixel foreground.

Camera function has always been the mainstay of Huawei's flagship series, and this time Huawei Mate30 Pro has adopted a new name for its camera module-the super-sensitive Leica movie quad camera.

In terms of parameters, Huawei Mate30 Pro uses for the first time a combination of dual 40 million-pixel sensors-40 million-pixel super-sensitive camera (1x1.7 inch, RYYB,F/1.6) + 40 million-pixel movie lens (1.54 inch, RGGB, wide-angle), and a quad camera system with a 8 million-pixel telephoto lens and a 3D deep-seated camera. Among them, the ultra-sensitive main camera and telephoto camera are equipped with OIS optical anti-shaking.

Huawei Mate30 is fully equipped with Kirin 990 processors. In addition to the regular 4G network version, there is also a Kirin 9905G version. The adoption of the new processor makes Huawei's Mate30 series the most powerful 5G mobile phone at present.